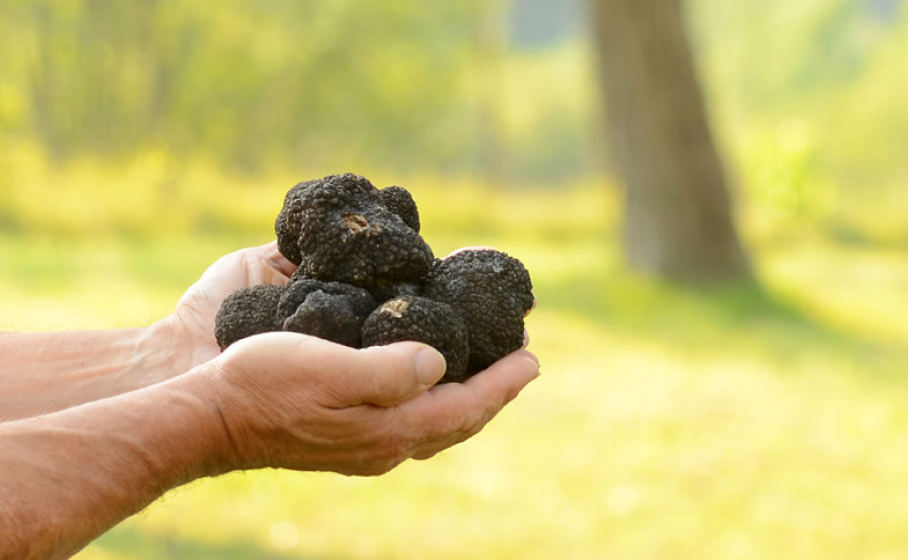 Istria, the mine of gastro jewels

Istrian white truffle is one of the most valuable in the world, but gourmands and culinary experts are beginning to show affection towards black truffles as well.

The discovery of Istrian white truffle happened 80 years ago during the works on Parenzana, the railroad that connected Trieste and Poreč. Truffles then started being used and sold by a private company concentrated around the very center of truffle harvest – Livade. Istrian white truffle can be found in almost all the valleys in the region, but forest surrounding the Mirna river is considered to be the richest finding site.

The discovery of Istrian white truffle happened 80 years ago during the works on Parenzana, the railroad that connected Trieste and Poreč. Truffles then started being used and sold by a private company concentrated around the very center of truffle harvest – Livade. Istrian white truffle can be found in almost all the valleys in the region, but forest surrounding the Mirna river is considered to be the richest finding site.

After the Second World War, truffles were mainly sold by companies owned by the state, who only wanted profit, without promotion or valorization of original local product. Then, in 1990, Zigante family gets into the truffle business, trying, ever since, to promote it as a local product recognized outside of Croatian borders.

Thanks to constant effort put into promotion, Istrian truffles are now often used in preparing exclusive culinary specialties that originated from traditional local dishes. We can say without hesitation – truffles are the biggest gastro sensation Istria can offer today.

Season: May to November

Istria produces significant quantities of this variety of black truffle that usually grows in the area with more sun and in soil rich with clay. Tuber Aestivum can be found next to the roots of several trees: oak, beech, poplar, hazel, pine and linden. It grows quite near the surface and can be discovered by the recognizable cracks in the ground, or even under a pile of leaves. It is picked from May to November, and, depending on the weather, sometimes even in December.

The shape and skin color of Tuber Aestivum is similar to that of Melanosporum, but the color of the meat is white and it does not change: gleba (fleshy inner part of the fungi that contains spores) is white, hard and compact in the beginning and then it turns into yellowish, red-brown combination or the olive green and brown. Dark brown or black skin (peridium) looks like a rough bark. The body is more or less round, sometimes irregular and reminds of a lump or a nugget. Average size ranges from 2 to 10 cm and that puts Tuber Aestivum into the larger variety of truffles. It has a pleasant and soft scent, with typical mushroom notes. This truffle has gentler aromas and therefore the price is somewhat lower.

Season: from December to March

Production of this truffle is quite small as it takes only 5% of total black truffle production. Tuber Brumale grows in the sunny parts, in the porous limestone soil with good drainage. Key for the body growth of this truffle variety are the summer storms and rainy days spread well throughout the whole year. They are ready to be picked in winter, between December and March. They are usually tied to the roots of oak, beech, poplar, pine and willow trees, but mostly and hazel and linden.

The gleba (fleshy part on the inside) of Tuber Brumale is compact, white in the beginning, turning grey, then a layer of black and purple and in the end it turns into brown and black, but still lighter than the black truffle.

The gleba (fleshy inner mass) of Tuber Brumale is firm, at the beginning white, then grey and finally blackish-violet. It finally turns brownish and blackish but it is brighter than the black truffle. It is streaked with several thick, widely spaced white lines which do not change their color in contact with air. Their skin (peridium) is dark and less rough than the skin of Melanosporum. This truffle variety grows to the size from 2 to 5 or 10 cm. Its scent is aggressive but pleasant and it is exactly the scent that makes it easier to recognize than other truffles. But its flavor is less significant than that of Tuber Melanosporum.

Season: from September to January

Tuber Unicantum is the most widespread edible truffle in Europe. Molecularly it is equal to Aestivum but it prefers shady places and it thus differs in flavor, scent and spore morphology. solely due to the influence of the environment. Unicantum connects with roots of oak, beech, hazel, poplar, pine and linden trees and its ripening time is between September and January.

The fleshy inner mass (gleba) of a ripe Tuber Unicantum is firm and dark brown, streaked with many thin white lines which do not change their color in contact with air. Their skin (peridium) is dark and less rough than the skin of Aestivum. It is shaped like an anomalous tuber and its size ranges between 2 and 9 cm. It is pleasant in flavor and scent and tastes better than a summer truffle.

Season: from October to December

Magnatum Pico is the most exclusive edible truffle in the world and its price reaches up to 3000 Euro per kilogram. It is mostly picked in Italy, and it can also be found only in Istria, Slovenia and Hungary. It grows in predominantly grey limestone soils of high micro-porosity and only few rocks. It always chooses shady forest areas with limited changes in temperature. Magnatum Pico connects with roots of poplar, willow, hazel, oak and hazel trees and the time of their harvest is very short – from October to December.

The fruit is usually spherically anomalously shaped and it most often grows to the size from 2 to 15 cm. Its skin (peridium) is smooth and ochre yellow or olive yellow in color, and sometimes it can reveal a more rustic cracked area or light red spots. The gleba (fleshy inner mass) is firm and soapy in structure, at the beginning whitish and then pale yellow, ochre brown, reddish brown, streaked with many thin white lines. Intensive in scent and strong but pleasant in flavor. 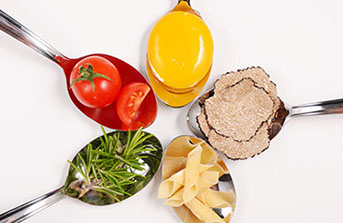 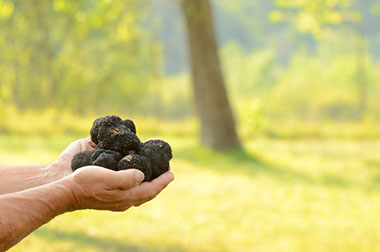 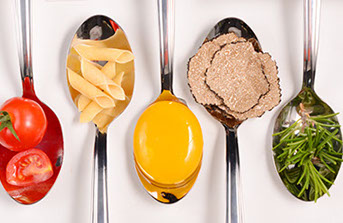 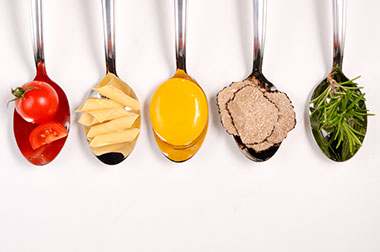 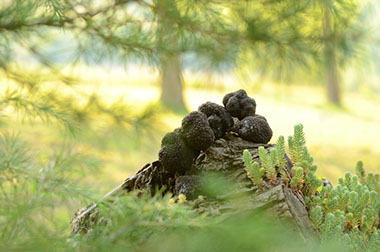